Greg and his wife, Tess, have been married for over forty years.

They live in a small country town on the northern edge of the Barossa Valley in South Australia.

They have three children and four grand-children.

Tess is a Registered Nurse and Midwife and works three shifts a week at the local hospital.

Greg is the eldest of four boys who grew up on the family farm.

He’d like to tell you that he graduated with honours and went on to Duntroon etc etc – however the facts are that education is something that just interfered with Greg’s school life!

His two favourite subjects were LUNCH and RECESS TIME.

Playing football and cricket and ‘chasing chicks’ didn’t leave a lot of time for learning – not that he achieved any level or notoriety in any of these pursuits!

Anyway, he couldn’t really see the point of education, because he knew (thought) that when he finished school he would just start at the top and work his way up.

Strangely enough, things didn’t quite work out that way for him and so his years at the local Primary and High Schools were a bit ‘wasted’.

After failing Intermediate (Year 10) he reckoned it was time to give the education caper away and get a job with Australia Post.

He ‘vegetated’ there for 10 years when, in his mid twenties, he decided to ‘smarten himself up’ and undertake a number of courses.

His most valuable education was at the ‘School of Hard Knocks’ – in the sales battlefield in the Insurance Industry.

In more recent times he has undertaken various business-specific studies at ‘Hammock University’. This entails subscribing to programs like Audible (audible.com) and downloading audio versions of books and training courses to his mobile phone and listening to them whilst laying on one of his many hammock.

Community involvement is something that Greg is passionate about – at both a local and global level.
His parents taught him an his brothers the principle of “growing a shade tree under which we will never sit”.

Some of the organisations in which he has been actively involved include: 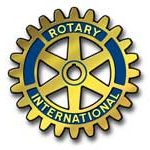 He was involved in Rotary International for over ten years including a period as president of his local club.
Involvement with the Rotary International Youth Exchange and ‘Bridging the Gap’ Employment Programs, in particular, gave him a great sense of achievement and satisfaction.

Greg became involved as a Board Member and Volunteer of Make-A-Wish in 1987. 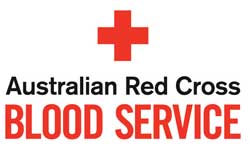 A recent ‘close call’ in a motor vehicle accident prompted Greg to renew his commitment as a blood donor with the Australian Red Cross Blood Service.
“Until one sees at first hand the need for blood in emergency situations, one doesn’t fully realise the importance of this service. I encourage everyone to become a regular blood (and organ) donor.” 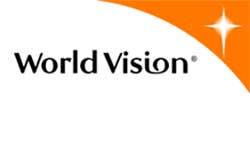 Tess and Greg sponsor two children through the World Vision Child Sponsorship program – a boy in Tanzania and a girl in Kenya.

Greg is actively involved in a number of local community and sporting organisations.
He has also been involved in sport coaching and administration for many years.

Learn more about about Greg's interests, hobbies and favourites.